Know what Nicotine does to your body before taking it

Nicotine’s addictive properties are the main reason smokers refuse or are unable to quit smoking. It is, therefore, directly correlated to the majority of preventable deaths in the US.

While nicotine is just one of the many substances that can be found in tobacco cigarettes, it is by far one of the most powerful and addicting that it has gained substantial criticism globally. 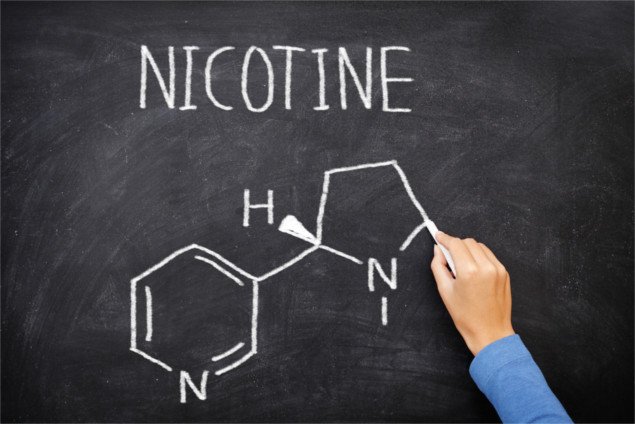 Many scientists even say that nicotine is more addictive than heroin. Despite the abundance of information regarding the ill effects of cigarette smoking, millions of people persist in this dangerous habit. Smokers claim that they feel relaxed, stress-free, focused, and more energized when they smoke, primarily due to the nicotine content that is released by tobacco cigarettes.

Nicotine is a powerful substance that affects the parasympathetic nervous system, a part of the brain that regulates the unconscious functions of the body. It is found in the leaves of plants belonging to the nightshade family such as the Nicotiana tabacum, which is the most common crop being cultivated for the manufacture of tobacco cigarettes.

The substance was named after Jean Nicot de Villemain, a French ambassador to Portugal, who claimed that tobacco had therapeutic properties. Nicot sent tobacco to Brazil and the Queen of France in 1560 for ‘medicinal purposes’.

Years later, a doctor and a chemist from Germany were able to extract nicotine from tobacco and stated that the substance was poisonous.

Nicotine is also found in 2-14% levels in the leaves of Nicotiana rustica, which is one of the strongest species also used in cigarette production. Eggplants, potatoes, tomatoes, and red peppers are also part of the nightshade family. The food that we get from these plants also contains nicotine in relatively smaller doses.

Nicotine is considered as a stimulant drug since it causes temporary improvements in the functions of the mind and body. Among the many stimulant drugs, nicotine belongs to the few legal drugs that are used for medical and recreational purposes.

The primary source of nicotine is tobacco cigarettes. Although legally and widely accessible in different parts of the world, cigarettes have become a highly-criticized product due to their apparent ill effects on human health and the environment.

Before the 1950’s, tobacco cigarettes were not deemed dangerous due to the lack of scientific studies that tackled its direct connection to mild and chronic illnesses such as cancer. Then again, the onset of public education regarding tobacco cigarettes and its health damaging properties began from 1950 to 1970, with the first scientific research results having been released during this period. It was the same time when tobacco consumption started to dwindle.

In 1984, the nicotine patch was first used and tested in a study, with results published within the same year. In the said study, smokers craved less for cigarettes when they had the patches on their skin. This led to the present practice of using them as nicotine replacement aids during smoking cessation. Also, nicotine patches currently being studied in terms of relieving post-surgical pain, as well as treating depression, anxiety, early dementia, and inattentiveness.

E-liquids for vaporizers and e-cigs also contain nicotine in varying amounts. E-liquid brands also provide vapers with non-nicotine options, since most people who vape are those who are aware of the dangers of nicotine and cigarette smoking as a whole.

How does it affect your body?

Within seven seconds of smoking a cigarette, nicotine is carried from the lungs to the brain and instantly affects the production of different brain chemicals. Nicotine stimulates the release of such chemicals. Among them are norepinephrine, serotonin, epinephrine, acetylcholine, arginine vasopressin, beta-endorphin, and dopamine.

The stimulation of the release of acetylcholine improves one’s memory and concentration while responsiveness and excitement are both products of norepinephrine production motivation. Beta-endorphin helps lessen anxiety and pain. Dopamine makes you feel when pleasure may occur or is about to happen.

Nicotine from other sources, such as nicotine patches and e-liquids, have the same mood-altering properties. They either act as stimulants or relaxants, depending on the amount being taken.

When there is a low amount of nicotine that reaches the brain through the blood, the release of norepinephrine and dopamine are said to be stimulated. This results in better impulses, much like what psycho-stimulants do. On the other hand, higher levels of nicotine in the blood suppress nerve transmission by enhancing the function and effects of serotonin. Thus, a sedative-like effect is felt.

The substance also causes muscular pain and tremors, as well as high insulin production and insulin resistance. In the gastrointestinal system, nicotine is accountable for different ailments such as dry mouth, nausea, heartburn, diarrhoea, dyspepsia, peptic ulcer, and cancer.

There is no denying that nicotine is a poisonous substance that does harm to the body, as what was discovered during the first time it was extracted from tobacco in 1828.

On top of the physical harm that nicotine brings, the substance has also been proven to cause psychological and behavioural problems.

As a regular amount of nicotine enters the body, the brain eventually becomes resistant and immune to the substance. In this case, it will require more nicotine to react the way it does previously. The more nicotine you take, the more harm it does to your body. Of course, the more you get addicted, and the more it becomes difficult to quit it.

Now, here is the catch. Even when you finally decide to quit nicotine from that bad smoking habit, medical nicotine patch, or e-liquid stash, this potent substance will continue to haunt you for some time. Nicotine withdrawal is common among those who quit abruptly, especially among ex-smokers. The immediate symptoms of withdrawal are headaches, lightheadedness, insomnia or drowsiness, dizziness, an increase in appetite and gain weight. Last but not the least, the sudden absence of nicotine in your body causes extreme irritability and moodiness.

Aside from vitamins and minerals that help replenish the body with the essential nutrients lost during nicotine intake, it is vital to consider anger management programs when quitting the substance. Depending on one’s ability to handle stress and emotions, nicotine withdrawal may or may not cause anger bouts that are intense.

For smokers who are having a hard time quitting cigarettes, nicotine replacements are available in the form of patches and gums. Nonetheless, it is important to decrease gradually the amount of nicotine present in these aids. The goal is not only to quit smoking but to quit the substance that primarily makes smoking detrimental to your health.